This year, for the first time in 8 years, we’ll elect a new President in the United States of America. Healthcare issues have been on the radar screen for many years. President Obama brought us the Affordable Care Act or “Obamacare”. Much has been written about the effects of the ACA. Two years ago this week we posted a blog regarding what we are seeing happen in the ambulance industry. Almost daily, our billing office is questioned about how the ACA has impacted EMS and the reimbursement picture. We think, in this important year, it’s timely to once again draw attention to this important subject by re-posting that blog a second time. We urge all of you to stay informed of current events and most importantly get out and vote for the candidate you believe will further the cause of EMS most effectively!

In the news…
The local newspaper that serves the area surrounding the Enhanced corporate offices featured a story about a large hospital system in this area that is realizing significantly lower insurance payments as the effects of the Affordable Healthcare Act (a.k.a. “Obamacare”) kick in. 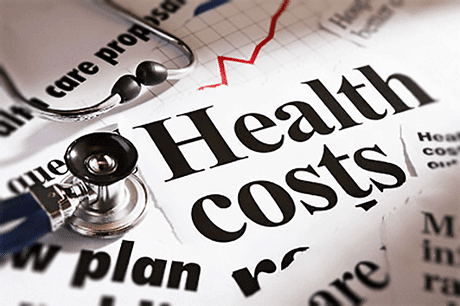 “Just because there are more insured, doesn’t necessarily mean we’re collecting,” was the way the hospital system’s vice-president explained as he and other executives chronicled how the new Federal law is impacting the system’s bottom line.

In short, while potentially more people now have health insurance coverage, to remain affordable those same insurance plans are featuring higher deductible and co-pay amounts than ever before. Where before a patient may have coverage that resulted in a check issued to cover healthcare costs, now the patient must pay more dollars, up front, before any payment is made by the insurance company.

The same executives explained that more patient bills are winding up in the “bad debt” column as patients realize they are unable to financially satisfy the increased out-of-pocket cost share that their insurance plan forces upon them.

Obamacare “sticker shock”
The media, watchdog groups… you name it…all have warned of big change and that change is now taking place right before our eyes.

MSN Money featured an online article in December (High deductibles fuel new worries of Obamacare sticker shock, December 9, 2013) warning of this very issue. The article sites that the average deductible (the portion the patient must pay from his/her own funds before the insurance plan issues a check to a healthcare provider for services rendered) would rise by 42 percent, lifting that deductible amount from an average of $3,589 per year per individual in 2013 to $5,081 in 2014 for the lowest price coverage called the bronze plan available on the federally run healthcare exchange marketplace.

We have heard of some family deductibles topping $10,000 in the case of some insurance plans.

Employers not only are asking their employees to shoulder a larger portion of their premiums, but in an effort to keep those premiums affordable are selecting higher-deductible plans which shift the overall cost burden onto those employees who use the coverage.

Impact to the ambulance industry
While in theory the overall effect of Obamacare may limit total patient liability, that overall change typically will only be seen when a patient incurs a high-cost series of healthcare treatments/usage.

For example, a patient who may need very expensive complicated surgical procedures will potentially see their ultimate cost liability limited to a much lower amount, depending on the policy a patient chooses and the coverage purchased. So, where a patient may have previously owed tens of thousands of dollars beyond insurance coverage, now that same patient may only owe thousands (we guess it’s all relevant?)

But, ambulance transportation is typically a one-time deal with a potential to be a more-than-once experience for the chronically ill or severely injured patient requiring multiple transports due to lingering complications.

It’s these one-time need situations that will fall within the higher deductible requirements and therefore cause problems for ambulance providers needing to collect reimbursement dollars to cover their rising costs.

Where heretofore, ABC Ambulance transported a patient, submitted a bill to the patient’s insurance and received a check in a relatively short amount of time; now the insurance company will apply the cost of the ambulance trip to the patient’s much beefier deductible instead of issuing a check.

The ambulance billing office now must shift gears and focus on collecting the unpaid bill from the patient, directly. This will mean more focus must be placed on interacting with individual patients than ever before and will require experienced and knowledgeable individuals in the billing office to achieve the same reimbursement results.

Can’t assume payment any longer…
In the past, EMS could at least reasonably count on the fact that if a patient was able to produce an insurance card there was a reasonable expectation that an insurance check of some amount (maybe not covering the entire bill, but at least a fair portion of the bill) would arrive in the mail.

That payment assumption can no longer be made. As a result of these changes, the time frame to collect will lengthen. Frankly, this is a phenomenon that will be experienced by all healthcare providers but will impact EMS more immediately.

It will be most important that the ambulance billing office develop processes and skills to effectively interact with patients and educate them how important their payment is to the overall success of the ambulance company that provided the service to them.

The Right Billing Solution
More than ever it’s important to have the right billing solution in place for your EMS department/company.

Your billing office has to be up for the challenge, follow the trends and be proactive as opposed to reactive. The changes we’ve outlined in this post will “separate the men from the boys” when it comes to EMS billing.

Does your EMS organization have the right billing solution in place?

If you can’t answer the question with anything but a definitive “Yes”, then it’s time to give Enhanced a call. Call Chuck Humphrey today at (800) 369-7544, Extension 803 or e-mail him at chumphrey@enhancedms.com to learn more about the processes and tools Enhanced has in place to collect more dollars for you.