How many of you stayed up most, if not all night on Election Day? 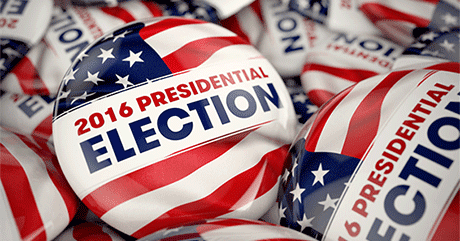 As EMS providers, most of us are used to weird hours and sleep deprivation anyway. Even if you were alerted for a call, our guess is you found yourself huddled around the TV screen in the ER waiting room or were listening to the radio on the return from your transport.
You’ve lived history. Interesting stuff.

As we all know, candidate and now President-Elect Trump has vowed to “repeal and replace” the Affordable Care Act (ACA) or what we commonly refer to as “Obamacare.” This was one of the key promises that Donald Trump made during nearly all of the campaign cycle and everyone is certain that given a Republican Majority in Congress, he will be able to make good on his promise.
What that will mean for the ambulance industry and the healthcare picture in general will begin to unfold on January 20thwhen President Obama hands over the keys to The White House.

Right now, most commentators agree that a full repeal is unlikely.
To repeal Obamacare, a 2/3 majority would be required which would mean 60 votes in the Senate. The Republicans hold a thin majority of 51 and it’s highly unlikely that the Democrats, still licking their wounds, will offer up 9 brave souls to complete the act.
Plus over 20 million people could potentially be affected if the Act were dropped completely.
It’s more likely that the Trump Administration will work with Congress to “gut” the ACA and render it weak and useless slowly from the inside out.

Most likely the Trump Administration will use the Budget Reconciliation Process which requires just a simple majority to poke away and slowly kill some of the biggest provision of the ACA.
The new President will probably push to eliminate government subsidies to assist with premiums, eliminate tax penalties on citizens who choose not to buy health insurance, eliminate Medicaid expansion and promote the ability for insurance companies to sell health insurance policies across State lines.

This is one of the actions the ambulance industry will need to watch closely.
While the ACA has enabled previously uninsured people to gain insurance coverage, reimbursement rates in most States Medicaid plans are considerably underfunding our costs to provide the service placing a burden on ambulance suppliers across the Country.
If Trump’s plan to move Medicaid to a block grant program with fixed Federal fund blocks going to the States to cover low-income residents, it may in theory allow the States more flexibility to design Medicaid programs creatively with benefit to both patient and EMS supplier alike.
However, this may also mean that access to Medicaid will be reduced moving people off the insured roles again.

Another area for EMS suppliers to keep an eye on is the potential introduction of an “open market” for insurance companies to sell policies across State lines.
There are a number of potential positives and negatives we can think of with regard to the introduction of this brand new wrinkle for the insurance industry.
Will such a move affect the participation status for an ambulance service? Can there be an issue if one State’s laws drive the policy rules and are in conflict with another State’s rules?
On the plus side, will insurance companies not only find themselves in direct competition that can have a positive effect on the premiums citizen pay, but will it also have a positive effect on the fee schedule amounts paid to EMS suppliers? Will ambulance suppliers have a new ability to negotiate more robustly to drive reimbursement rates to a more supporting level?

We find the expansion and promotion of private, tax-free Health Savings Accounts intriguing.
Even if the patient is forced to buy a high-deductible policy out of economic necessity, the existence of a “pot of money” put aside to pay for unforeseen health expenses, such as the bill for your ambulance treatment and transport presents an option for the patient to pay out-of-pocket in a less painful manner.
We would hope that this would encourage patients to immediately pay deductible and co-pays, cutting your EMS agency’s outstanding A/R and lifting cash flow in the long run.

The only thing we know for sure…

At this point the only thing we know for sure is something is going to change. We hope any Trump affect will usher in relief for an already financially-stressed EMS system in America. Keep watching this space and we’ll share our thoughts on the subject as events unfold.
The Ambulance Billing Services blog is brought to you as an educational tool by Enhanced Management Services, Inc. Enhanced Management Services, Inc. is an all-EMS third-party billing contractor serving Fire/EMS agencies across the United States. To learn more about who we are and what we do, please visit our website at www.enhancedms.com and click on the “Get Started” button on any landing page.
(Certain Insights for this blog were derived from “What Lies Ahead for Obamacare in the Trump Administration”, Alison Kodjak, NPR and “Obamacare Under President Trump: What Happens Next”, CNN Money.)