This Week
This week the Centers for Medicare and Medicaid Services announced the Ambulance Inflation Factor (AIF) for Calendar Year 2016 (CY 2016). For the first time ever the AIF is a negative value, meaning it will impact the National Medicare Ambulance Fee Schedule by a negative four tenths of one percent (-0.4%). 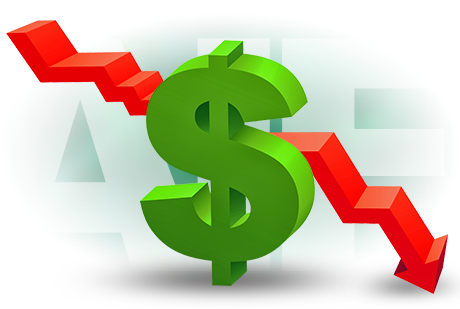 This is significant as it marks the first time ever that the AIF is printed in red ink.

Since we are now negatively impacted, we thought it would be a good idea to attempt to explain how this annual number is calculated.

CPI-U – MFP = AIF
Two factors are put together to come up with the annual adjustment.

The first element contributing to the calculations is the Consumer Price Index for all urban consumers (CPI-U) for the 12-month period ending with June of the previous year. Once that value is recorded then a productivity adjustment equal to the 10-year moving average of changes in economy-wide private non-farm business multi-factor productivity beginning January 1, 2011 is subtracted as an adjustment.

The end-product of this formula combining those two factors is the percentage that is referred to as the AIF as represented by the formula displayed above.

Let’s break down each element to learn more about where these factors are derived.

CPI-U
The CPI-U or the Consumer Price Index for all urban consumers is the statistical metric developed by the Bureau of Labor Statistics used to monitor the change in the price of a set list of products. Simply, it is an inflation pseudo-tracking device. While not directly measuring inflation, the value gives the Federal Government a good idea of whether the nation is in a period of inflation or deflation and predicts how severe that change may be.

By monitoring the fluctuations in price it costs a consumer to purchase a set basket of goods, the government then uses those number to track the cost of living for person living in those statistically geographical areas. Urban consumers represent approximately 80% of the population in the United States.

Over 200 categories of goods and services purchased for consumption by the population studied are included in the calculations and those 200 categories are arranged into eight major groups that include: Food and Beverages, Housing, Apparel, Transportation, Medical Care, Recreation, Education and Communication and a category called Other Goods and Services (tobacco and smoking products, personal care products and services such as hair care, funeral expenses, etc.)

MFP
The MFP or the Multifactor Productivity adjustment measures changes in output per unit of combined inputs.

How’s that for a government mouthful?

Multifactor productivity measures reflect output per unit of some combined set of inputs. Mutifactor productivity measures reflect the joint effects of many factors including new technologies, economies of scale, managerial skills and changes in the organization of production. In other words, the government is telling us that while they recognize the result of inflation on the ambulance industry, they also believe that we tend to become smarter and work more efficiently too which offsets the cost of inflation and therefore means that we really don’t need as many extra dollars as inflation may indicate to balance the books.

Or, in a case like this year, basically what CMS is representing with this calculation is that since inflation is trending on the low side given the CPI-U figure and we are working so much smarter and efficiently based on what the MFP says, we can survive on -0.4% fewer Medicare dollars than we did last year.

Seriously???
How can anyone at any level of government look any EMS person in the eyes and seriously say… “Your services are worth less this year than last year.”

It’s absurd. For now, we’ll leave it at that. We hope you have a new understanding of just how your Medicare dollars are calculated from this blog post. Of course, your comments and questions are always welcomed.

The Ambulance Billing Services blog is brought to you as an educational tool by Enhanced Management Services, Inc. Enhanced Management Services, Inc. is an all-EMS third-party billing contractor serving Fire/EMS agencies across the United States. To learn more about who we are and what we do, please visit our website at www.enhancedms.com and click on the “Get Started” button on any landing page.