More Bad News
This week saw more bad news for the ambulance industry.
Leading economic indicators are pointing to a projected negative Ambulance Inflation Factor for 2016. It is projected that the AIF value in the New Year will decrease Medicare ambulance payments by -0.5%. 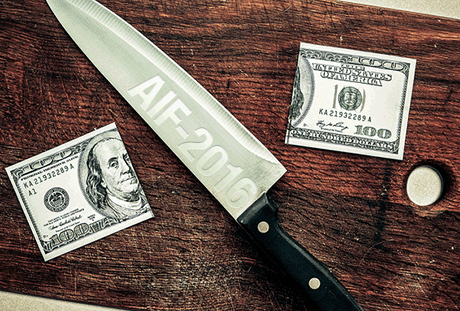 While the number is not large and imposing, it nonetheless predicts that for the same runs we complete today, we will receive one-half of one percent less in reimbursement dollars from Medicare which for the many EMS agencies represents anywhere from 40% to 60% of the total program service revenue dollars collected.
Any cut is big all by itself, regardless of the size.
The AIF
Let’s review how the Ambulance Inflation Factor is computed.
Each year the Federal Government uses a formula to compute an adjustment to the Medicare ambulance fee schedule using a few key economic indicators. Typically we learn of a projection sometime in the third-quarter of the current year and then near the end of December we learn of the actual value that will be applied to the fee schedule.
The first piece of the formula includes the current year’s Consumer Price Index for Urban Consumers (CPI-U). Once that number has been determined, then the Multifactor Productivity Index Adjustment (MFP) for private, non-farm business (a 10-year moving average) is factored which offsets the CPI-U.
The result is the AIF for the coming year.
If inflation as a whole is stagnant (which is a good thing for most of us, individually) then there is a typical threat that the AIF will be negligible or, which then equates to a possible negative adjustment, such as it appears we will experience in 2016.
Up until 2011, when the MFP was introduced into the formula, there was no chance of the AIF being a negative value. The year 2011 was the first time this adjustment was added.
Since 2011…
Since 2011, the ambulance industry has gained little overall from Medicare which is concerning considering how the costs to run a viable EMS agency have increased over the period.
The ambulance industry has taken some real blows to the chin from Medicare.

Add to these cuts, relatively stale inflations which produced a weak CPI-U and reimbursements from Medicare and over the last 4 years we find the following flat results…

The net effect, not even counting the loss of dollars from the fractional mileage change shows that over a 4-year period we will have only realized a net gain for the period of just +0.8%!

Compare this to the history of Medicare adjustments where some years we saw nearly double and triple these amounts in positive adjustments and you soon realize that we have taken quite a hit over time, relatively speaking.
What can we do?
We understand this is all very frustrating. Costs to operate a viable EMS agency are rising faster than reimbursement. Add all of the above to increased deductibles and the affect that the Affordable Care Act (ACA) has had on all of us and it’s safe to say most EMS budgets are stretched to the limit.
We, as an industry, must work smarter. We know how to do it, but making changes are also very painful. The old paradigms are fading and new ones must take their place.
EMS Providers must realize that change is inevitable. New ways of looking at utilization of resources, more focus than ever on efficiencies and moves to squeeze every dollar possible out of what we are doing will be the norm, moving forward.
Be part of the solution! Be mindful of areas that you can help contributed to the success of your EMS agency. Be receptive to changes. Understand when your supervisory and management staff asks you to do something different or make a concession for the greater good.
From a billing angle, make sure you are preparing Patient Care Reports that are detailed and accurate. When asked to do so, obtain insurance information and patient signatures always- make it a mission.
We’ll survive. We always do because we’re EMS Strong!
The Ambulance Billing Services blog is brought to you as an educational tool by Enhanced Management Services, Inc. Enhanced Management Services, Inc. is an all-EMS third-party billing contractor serving Fire/EMS agencies across the United States. To learn more about who we are and what we do, please visit our website at www.enhancedms.com and click on the “Get Started” button on any landing page.